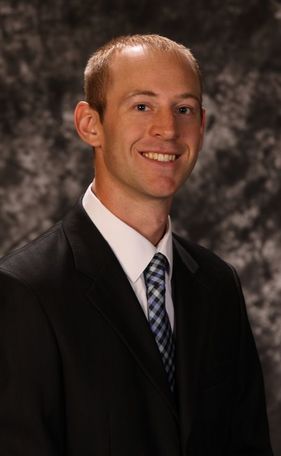 In 2018-2019, the Bobcats returned to the 1A level. It showed as the team finished with a 25-2 record and 3rd place state tournament finish. It was the most wins in school history and one of the best seasons to date, completed with a Conference and Regional Championship. The team also won the West River Invitational for the first time in school history as well as the Upton Invite. In conference, Coach Samuelson took Coach of the Year honors and had four players named All-Conference (Jayden Caylor & Jess Claycomb). Likewise, the Bobcats had two All-State players (Clayton Louderback & Dillon Barritt).

During Upton's final stint 2A, the Bobcats went 20-8, and reached the state semi-finals for the 3rd time in 4 years. The team finished 3rd in Conference play and 3rd in the Region before turning heads at the state tournament. The team also reached the championship game of the West River Invitational, it's best finish of the tournament. In addition to these accomplishments, the team broke a number of school records, including the scoring (68.7) and assists records (18.3). Finally, Upton achieved three All-Conference (Dillon Barritt) selections as well as two All-State Selections (Payton Watt & Clayton Louderback)

In Samuelson's second year, he led the Bobcats through a transition to 2A. Despite the higher class, the Bobcats still ended the season with a 16-9 overall record and a berth to the 2A State Tournament. In addition, the team finished 3rd at the East Region tournament. In conference, they finished 3rd with two All-Conference players. Likewise, Payton Watt secured an All-State honor.

In his first year, Samuelson lead the Upton Bobcats to a 23-4 overall record and a Runner-Up finish at the state tournament. The Bobcats finished as both Conference and Regional champs, while also taking a first place title at the Upton Invite Tournament as well as 3rd at the West River Tournament in South Dakota. At the end of the season, 2 of his players were honored with All-State and All-Conference awards with Lance Garland being named as the Conference Player of the Year as well as the 1A North's representative for the Wyoming Coaches Association North/South All Star Game. Coach Samuelson was also honored as an assistant coach at the All Star game.

​This will be Samuelson's 8th year coaching. Before coming to Upton, Samuelson spent time in Waterloo, Iowa where he was the Assistant Varsity coach at Waterloo West High School. While at West High, Samuelson coached at the highest level in the state of Iowa. His team competed at the class 4A level and in the Mississippi Valley Conference, arguably the strongest conference in the state. He also helped coach Division I talent, Lincoln Conrey who committed to the University of Northern Iowa. Samuelson also coached track and field at West High as the distance coach where he qualified two distance athletes to the Iowa 4A State Track and Field meet. ​

Prior to West High, Samuelson was the Head Assistant for the girls' basketball squad at Waterloo East High School where the team competed at the 5A level. Before that he spent time at Peet Junior High in Cedar Falls, Iowa coaching both basketball and track. Other schools Samuelson has coached at are Spearfish High School as a volunteer assistant and Elk-Point Jefferson as the 8th grade girls' basketball coach.

Samuelson gained his collegiate basketball experience at Black Hills State University where he graduated in 2013 with a Bachelor of Science degree in Social Science Composite Education. There he spent two years as a student assistant coach under Paul Sather and Bradd Schafer. While at Black Hills State University, Samuelson was a part of two National Tournament runs and three Dakota Athletic Conference championships. As a student assistant, Samuelson was involved in all aspects of the game including helping at practices, games, camps, off-season activities, as well as managerial duties. He also experienced important parts of the game like scouting, recruiting, and game planning.

As a high school athlete at Spearfish High School, Samuelson helped lead his team to a District 4AA Championship and a state tournament appearance his senior year in 2009.

Samuelson currently resides in Upton with his wife Darian and two sons Trey(3) and Ace (1). Samuelson also earned his Master of Education degree from Chadron State College where he is studied Educational Administration. 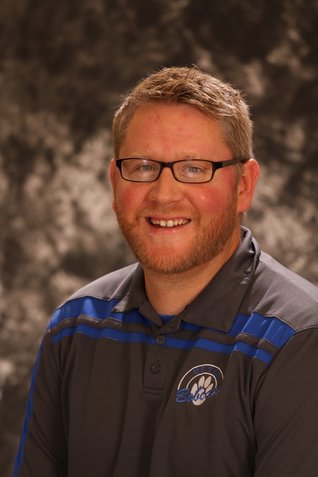 Johnson hails from Newcastle where he grew up and has spent the last few years of his life after graduating from Metropolitan University in Denver, Colorado. In Newcastle, he worked for the school district as a special education paraprofessional before becoming the Upton High School Social Studies this year. Johnson is also the head football coach for Upton Middle School where he has taken responsibilities for practice planning, supervising, and administering every aspect of the program. However, this is not Johnson's first year working with Upton students. He did his student teaching in Upton and spent time working as a substitute teacher in the district as well.

In addition to this, Johnson has worked with the Bobcat Basketball program before as a volunteer assistant. Thus, Johnson has been able to work with some very good teams and a quality coaching staff in former head coach, Pete Wilson. His experience has allowed him to develop relationships with present athletes and his presence in the high school helps hold the program accountable academically and in many other facets.

After growing up in Newcastle and attending high school there, Johnson now looks to bring his knowledge of Northeast Wyoming athletics to the Bobcat Basketball program. Johnson was a 3 year letter winner for the Doggies basketball team and 2 year letter winner in football. Being a key contributor for Newcastle High School athletics, Johnson has seen and experienced the tradition of excellence in Upton.

Before aspirations to become a teacher and coach, Johnson spent 4 years in the United States Navy where he gained important skills necessary for coaching and leadership. Coach Samuelson considers Johnson to be an extremely valuable asset to the program, "Coach Johnson has been an instrumental part of the Bobcat Basketball program as an assistant during practices and games. His work with junior varsity players and the youth through middle school football and the Junior Bobcat program is vital to the success of the development of our athletes. Johnson understands what it takes to be a successful program and he has the energy and enthusiasm to help make that happen."

Johnson currently resides in Upton with his wife Cammie and three sons Sam (12), Will (10), and Jack (2).
Powered by